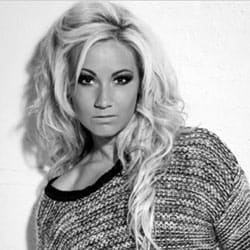 Danni has performed since the age of 5. She went on to train professionally full-time, graduating with a Btec National Diploma in Performing Arts and a HNC and HND specializing in Dance and Theatre (2005). She gained her advanced certificates for the Imperial Society Teachers of Dance (ISTD) in Tap and Modern Theatre.

Working professionally as a dancer, singer and choreographer, she has worked in a variety of theatres, events, National and International Tours in the UK and Europe. She has featured in various pop videos, adverts and modeling ventures, whilst taking on roles as head dancer / dance captain / choreographer, for successful tribute artists and for the winner of the “Best International Female Artist” award at the Sunflower Music Festival Eurovision.

For 4 years Danni dedicated herself to forming “ Inspiration”, the girl band, during which time she wrote and recorded an album with “Steps” creator, writer and producer, Barry Upton. She toured extensively during this time throughout the UK, appearing and supporting bands like Blue, Misteeq, Steps, Atomic Kitten and many more. She has worked to audiences of up to sixty thousand and toured every kind of venue from nightclubs to Universities, to football stadiums like Old Trafford, theatres like the London Palladium, Astoria Theatre, and Bournemouth Opera House, name a few!

In 2006 Danni was featured on backing vocals on the song “You’ve Got Me Dancing” which was included in the 2006 multi-award wining film “Little Miss Sunshine”.